Cathlamet crops up in the journals of Lewis and Clark as a Chinook town on the Columbia.
Today there is still a Cathlamet - whether in the same place, I couldn't tell ya - on the Washington side.
It looks like Oregon: small wooden houses with leaded windows, from the '30s. This despite the lack of zoning laws, which says a lot about the people of Cathlamet. There are no stoplights in the entire county. There are a lot of lawn ornaments, cast deer predominating.

There is an old hotel, with the lobby on the second floor, whose proprietors took time to shmooze with us. All the people we met are down-to-earth folks who work for the county and fish.
"Would you ever live outside this county?" one of them once asked a young lady of his acquaintance.
"No," she said.
"Will you marry me?" he asked, then. (She said yes.)

Out in the river lies the island half of Cathlamet, Puget Island; and that looks like Washington: massive houses on large lawns, alternating with fields of Holsteins.
The fields are very green, the hills very blue, the sky very grey: the entire county is executed in watercolor.

As always, clicking on pictures will enlarge them. 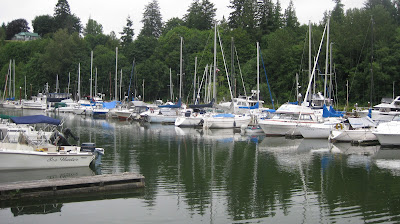 Raise your hand if you transposed two letters in the name of the boat in the foreground. 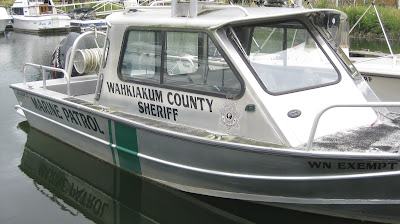 I forgot about this local variation on the police car. 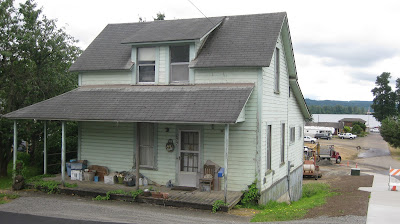 This house is pretty typical of the entire mainland Cathlamet. 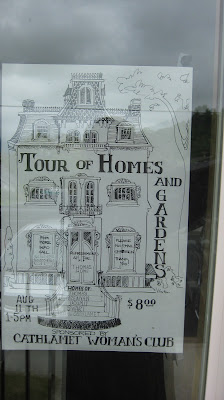 See, Chazal know what they're talking about 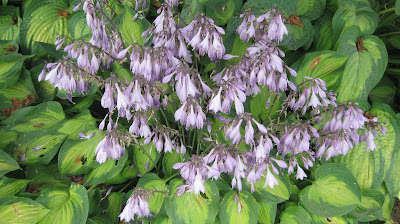 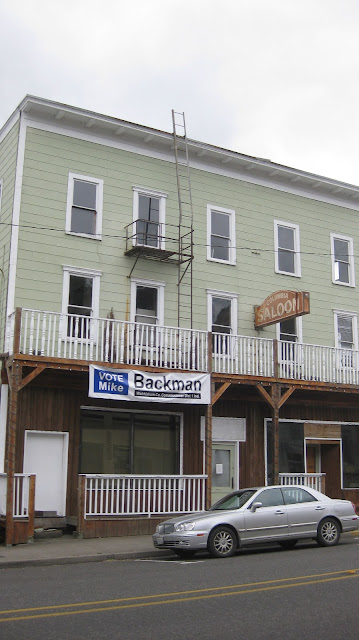 Doesn't this look like a saloon? --The upper floors are abandoned.
The siding is asbestos.
Posted by A Jew in the Rain at 10/18/2012